Not a bag For a guitar, but a bag shaped as one! 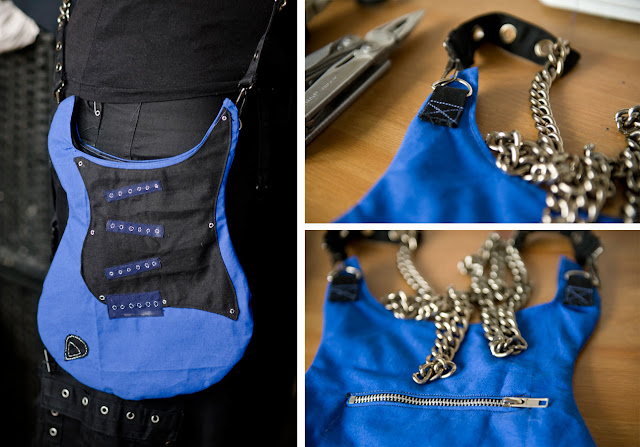 Found the tutorial a long time ago, fell in love, but didn't get around to making it until now. I followed it with a few minor changes, such as an added zipper-pocket in the back and a chain as the strap. (Chain, hooks and zipper are reused items that I've taken from old clothes. Economic, ftw!).
It's something oddly satisfying about using pliers and tongs while making something mainly out of fabric.