I'm sorry, my faithful and quietly lurking followers, here's another entry of newly bought fabric. But (!) it will be the last one for a while now, seeing how I'm getting rapidly broke aaaaaand I'm going home tomorrow, Woo! I've had a great time here, but I really miss my friends, my rats (which should be spoiled rotten by my neighbours about now) and my sewing machine. 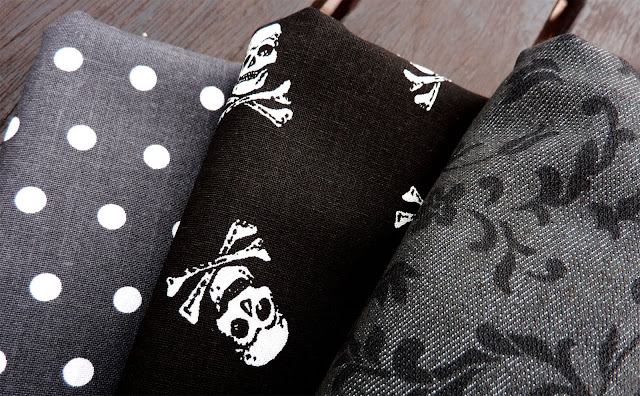 I've had a great day today, though, so don't let the grey fool you, it doesn't reflect my mood what so ever. No, me and Oku have been biking around this little harbour town, visting the few stores (Marimekko as well, of course), went to a exhibition about the fashion in southern Finland for the last 200-300 years, which was pretty cool. All of it was original clothes that's been collecting dust in people's basements and attics. It was set up in an old war bunker, which was pretty damn sweet as well.

Tomorrow we'll be spending the day in Finlands capital, Helsinki, before flying back to Norway, with a short stop in Denmark. Maybe I'll find something cool there, but I won't blog about it, so you're safe. Haha.
Aaaaaaaand.... I might not blog for a few days after I get home either, but when I do, I probably have something fun to share. So until then...