Still in Finland, the treasures keep appearing. Found a bunch of old keys in a sewing box (because that is a perfectly logical place to put them). According to Oku's grandmother one of them could be over 100 years old. Gawd, I think I've reached Nirvana. My crafting mind is going haywire and my love for old things make my heart melt. I also found old original buttons from norwegian and finnish navy-clothing and one from the russian army, randomly enough. 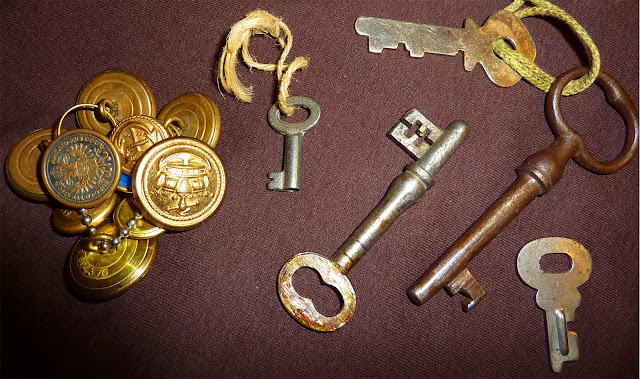