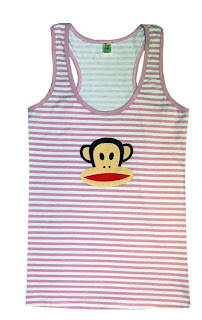 Yeah, I felt really bad for not having a before-picture of the tank, so I went on an epic picture hunt. (Google is my friend) and as always - The Interwebs never fail to deliver. Sort of, at least.

This is the same designed tank I used to make the baby dress, but the one I used didn't have stripes and was more pink, which you'll see.

Anyways, I separated the bands around the sleeves and neckline and then, with the monkey as the center, measured how I'd cut it all out.
Remember I didn't have any pattern and guestimate measurements, just quickly throwing a measuring tape around a slightly annoyed little girl. 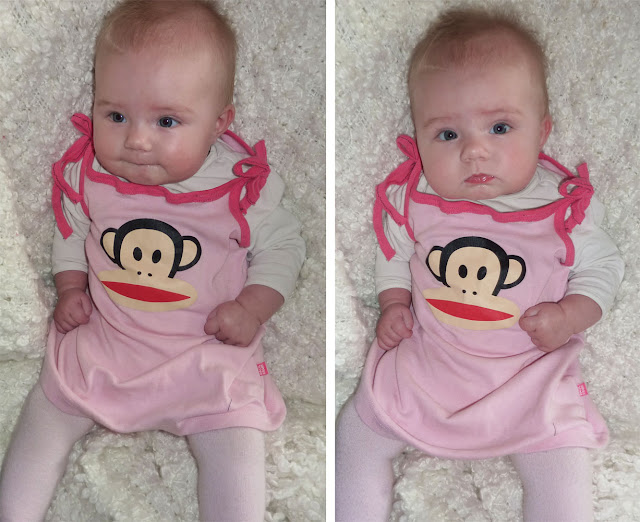 I didn't close the bands on top, so it can be tied to fit however as Stella grows, maybe even be used as a top instead of a dress later on. (If you look closely you can see I even managed to keep the original Paul Frank tag on the side). I can basically be used until it falls apart. She seems to like it, too.

I got back to Oslo two hours ago, the lit up town and the scent of autumn in the air made me smile.
I love september, I really really do.
Oh, I also got my test results. If I've learned anything from having a mom that's a nurse it should be to read doctor's papers like these.  So yeah, now I think I know why I'm sick. Too bad it didn't make me much happier.