As some of you might now, I've been an aunt since I was 10 years old and my brother got his first son. Now, 12 years later, I have a total of six nieces and nephews which I love more than anything.
This year I decided to make their gifts myself. 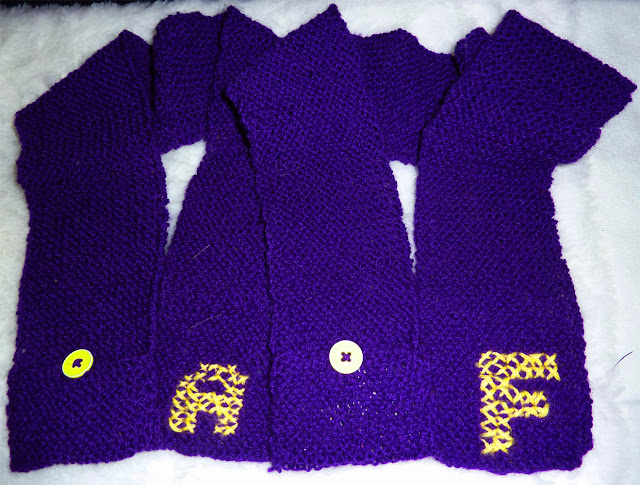 For two of the girls I knitted scarves (I have never finished any knitting projects before, only started over and over, so YAY me!). One one end I cross-stitched the first letter in their Names (Amanda and Felicia) while on the other end, though you can't see more than the buttons with your puny human eyes, I added some secret pockets. Everything becomes more awesome with secret pockets, you know. 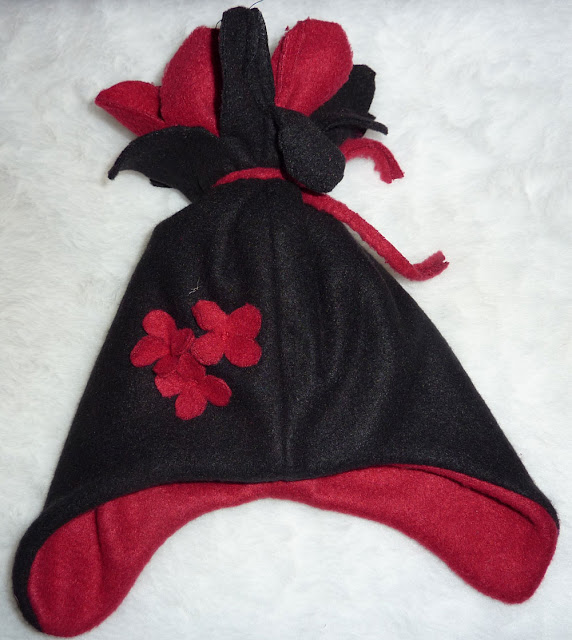 For the youngest girl I made a winter beanie out of fleece, with earflaps and some flower details. This is one of those things I so badly wish I had a kid close by who could wear it for the picture, but since I don't this will have to do, hopefully you get the picture.
I made two more fleece hats for the boys, without earflaps, but they were the last gifts made in the last second before i had to send the package to make sure it arrived in time, so I forgot to take a photo. But! I did make a duplicate for Mr. Kilt who thought they looked awesome, so when I get home I'll see if I get some photos of that one, then you can exchange the face with that of two awesome kids.
Lastly I made the Christmas Hat for the oldest nephew, something he wished for last year when he saw the one I made for Mr. Kilt.
Don't run with your mouth full of tangerines.
~Katt
Author: ThatDamnCat at 15:08