I'm in the middle of trying to organize this giant chaotic clutter-box called My Computer. Right now it looks like I will be finished sometimes within tonight and ten years from now (provided I don't cheat and chuck the whole thing out the window beforehand). 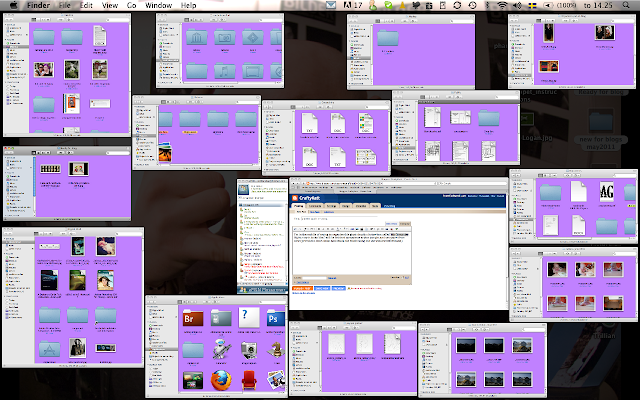 this is what I have open as I am writing this. This is just the start. But this was Not what I was going to talk about. You see, while doing this I find pictures of project that has disappeared in this chaotic clutter and never made it up on this blog. This is one of them: 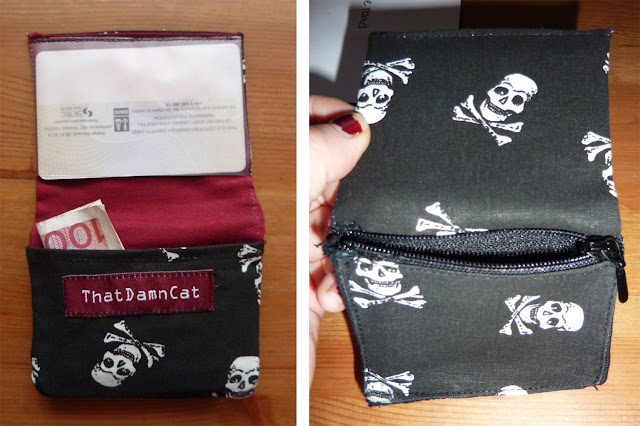 Maybe it's the horridly crappy photos that made me forget about posting this, but here it is now. It's my basic cardholder design, but with an added zippered pocket on the outside (which is what makes the thing look so uneven on the sides on the left pic). Even if it doesn't show the pocket "pokes out" to make it extra roomy for coins, pet rocks or whatevers.

I'm sure I will find more, and when I do, I'll put it up, but until then, bear with me.