So, I have once again ventured out and tried a new type of crafting. This time; porcelain painting. It's me and a bunch of old ladies, meeting every thursday and just... paint.
And by old I mean that I am the youngest by at least 20 years, so they're not old per se, just oldeeeeer. But they're really cool ladies, so I don't mind at all.

Since I was not allowed to just throw myself into a random huge project I knew nothing about (which, you should know by now, is totally my style) they gave me a square plate and told me to learn the basics on it.
It took me two classes, the result being this: 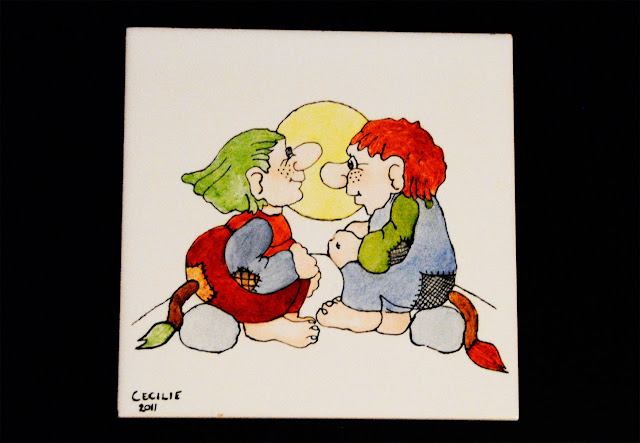 I didn't put my heart into it, so barely any shading and plenty of visible pencil-lines, but hey, I learned the basics, which was the point, yes?
They let me do what I wanted after that and oh boy... I have.